Features
Noncontact temperature sensors measure IR energy emitted by the target, have fast response, and are commonly used to measure moving and intermittent targets, targets in a vacuum, and targets that are inaccessible due to hostile environments, geometry limitations, or safety hazards. The cost is relatively high, although in some cases is comparable to contact devices.
Contact and Non-Contact Temperature Measurement
Contact temperature sensors must equilibrate with the temperature of the target material. For example, the mercury in a thermometer takes on the temperature of the air and expands or contracts accordingly. When a contact sensor is exposed to a different temperature, it may take some time for it to equilibrate. This is known as the response time of the sensor. In some applications, it is not practical or possible to use contact sensors. Because infrared sensors can measure temperature at a distance with very small response times, they are suited for use in these cases.

Field of View (FOV) ratio vs. Distance to Diameter (DS) ratio
The field of view is the angle of vision at which the instrument operates, and is determined by the optics of the unit. The FOV is the ratio of the distance from the target to the target diameter. The smaller the target, the closer you should be to it. When the target diameter is small, it is important to bring the thermometer closer to the target to insure that only the target is measured, excluding the surroundings.

Optical Performance
The D:S is defined as the ratio of distance with diameter of spot size which contains 90% of the maximum receiving radiation in front of the target. The precise definition of dimension is shown the following chart.

Laser Sighting
The Laser spot is used to indicate the spot of measuring region, but not to emit some something to measure, which is usually misunderstanding. The sensor is located beside of the laser module and with the collimated and same light path with the laser light. 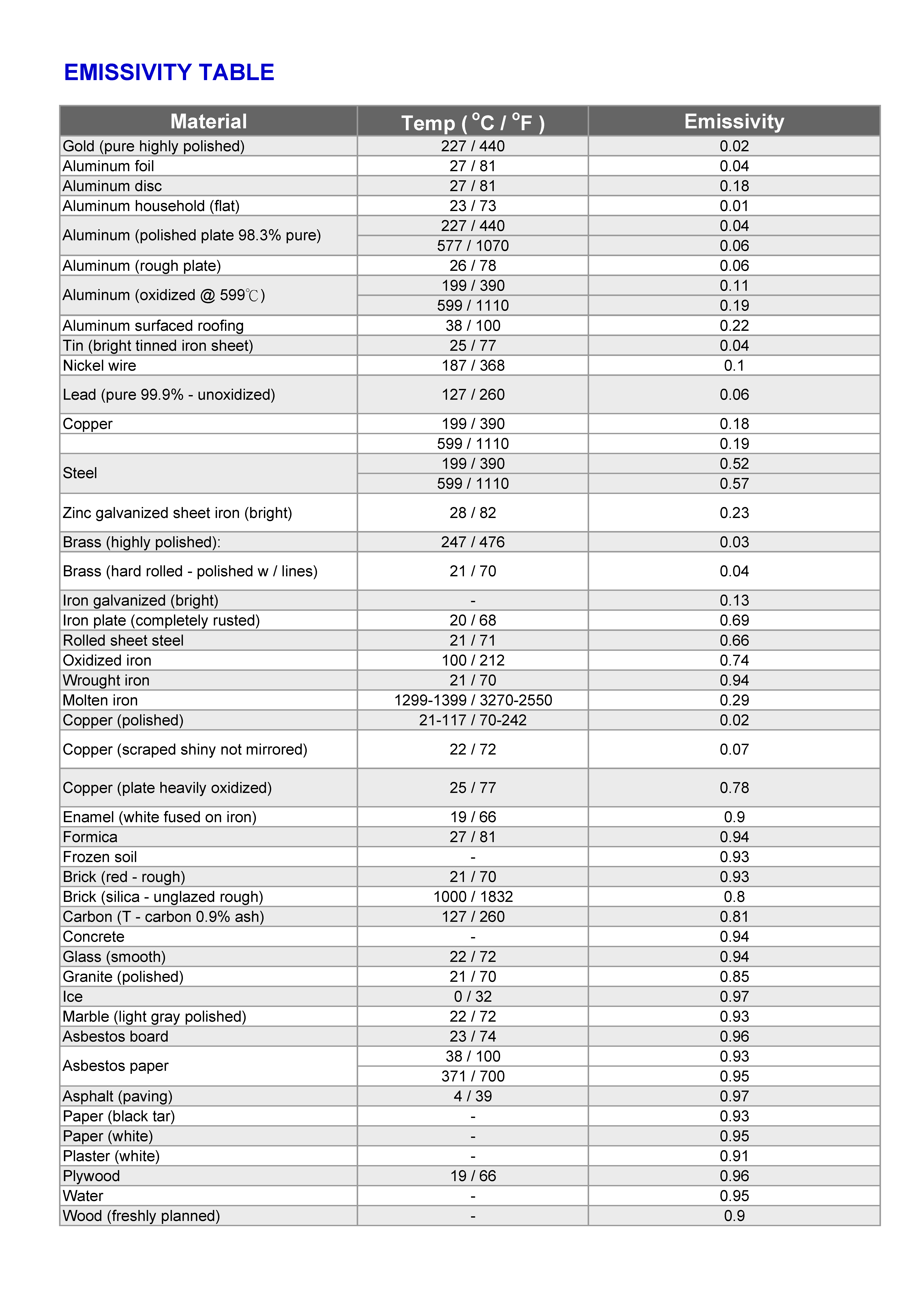 Blackbody
A totally absorbing body that does not reflect radiation. It is worth to know that, in thermal equilibrium, a blackbody absorbs and radiates at the same rate; the radiation will just equal absorption when thermal equilibrium is maintained. Manufacturers use the blackbody to calibrate the products with some setup target temperatures, and we are capable to design and manufacture the blackbody calibrators with special demands.

Ge lenses---ST68x Series
The most popular materials used in manufacturing refractive optics of IR systems are: germanium (Ge), silicon (Si). Germanium is a silvery metallic-appearing solid of very high refractive index (n~ 4), that enables designing of high-resolution optical systems using minimal number of germanium lenses. Additionally, due to its very high refractive index, antireflection coatings are essential for any germanium transmitting optical system. Germanium has a low dispersion and is unlikely to need colour correcting except in the highest-resolution systems, which is used in ST68x serie products.

Plastic Fresnel Lenses—ST65x Series
Most of infrared thermometers are simply to detect the target temperatures without higher optical performance, like long distance detection. We have design the Fresnel Plastic Lenses and get the better cost for users in most applications.

Note that ordinary glass does not transmit radiation beyond 2.5 μm in IR region. Fused silica is characterised by very low thermal expansion coefficient that makes optical systems particularly useful in changing environmental conditions. It offers transmission range from about 0.3 μm to 3 μm.